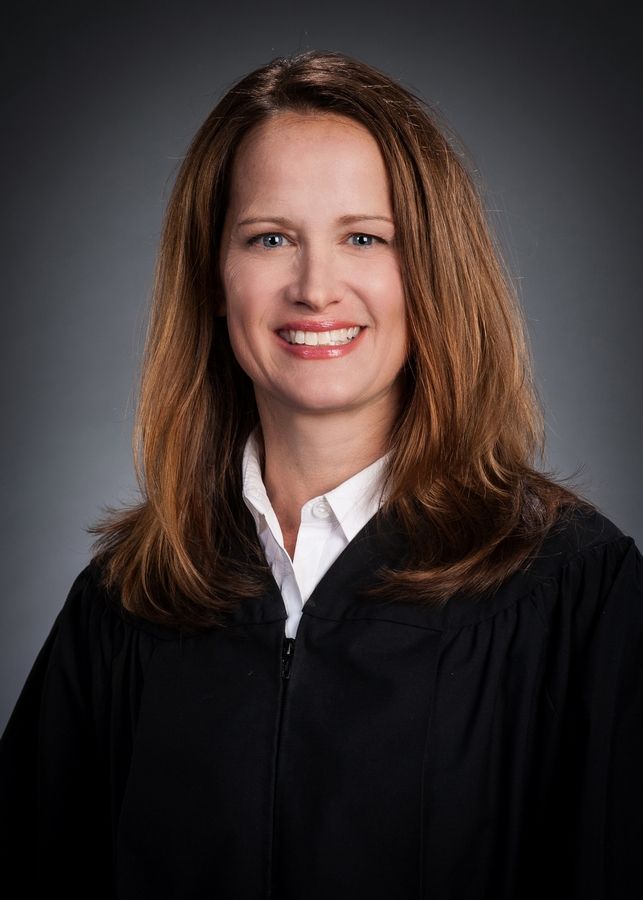 I was fortunate to spend an hour interviewing Circuit Judge Elizabeth Flood about her life, her legal career, and her judicial philosophy. I was inspired to speak with someone so committed to the public's welfare.

Judge Flood grew up in Elgin, Illinois, where she attended public school. She received her Bachelor's Degree from the University of Illinois in Champaign Urbana, where she studied finance and philosophy. She attended U.of I. Law school as well. After law school, Judge Flood worked in the Kane County State's Attorney's office, both as a criminal prosecutor and later in the Civil Division, where she defended the County against civil lawsuits and advised the County Board.

Approximately ten years ago, Judge Flood was appointed by Circuit Judges of the 16th Judicial District as an Associate Court Judge. She served in that capacity until September of 2019, when she was appointed as a full Circuit Judge by the Supreme Court of Illinois, filling a vacancy left by a retiring Judge. She currently serves in the family law division and is running in the November 2020 election to keep that position.

Judge Flood is a committed public servant. Her description of her prosecutorial philosophy was telling. As she described it, her job was to do the "right thing." Sometimes the right thing was dismissing or reducing charges because the evidence was lacking. This attitude is refreshing because a win at all costs mentality is dangerous, and can lead to wrongful convictions of innocent people. Judges must also strive to do the right thing, and it is clear that Judge Flood understands that obligation.

As a judge, she has continued to serve the community, not only as a judicial officer but by reaching out to local civic groups and schools. Her school talks instruct children about the law and how to stay safe. She also works with various organizations to promote the law and understanding of our legal system.

Undoubtedly, Judge Flood sees herself as a public servant, rather than self-aggrandizement. All roads lead back to her desire to help the community both as a judge and a concerned citizen.

Illinois is one of the very few states that require a candidate for a judge to run with a political party affiliation. To me, this is stupid. Judges do not judge along party lines; they judge based upon the law and the facts of the case. Judging is truly non-partisan, and it is unfortunate that our state law has yet to embrace this fact. U.S. Supreme Court Chief Justice John Roberts described a judge's role as "calling balls and strikes," and indeed it is.

What makes a good Judge?

The traits of a good judge include the following: courage, concern, and conscientiousness. Let me explain:

A courageous judge does the right thing, based solely upon the law and the facts of the case. Political or other pressures don't influence the judge's thinking, which remains focused on the issues before him or her. Like the umpire metaphor used by Chief Justice Roberts, the umpire doesn't call balls or strikes to please the hometown crowd--and neither should a judge.

A concerned judge takes his or her responsibilities seriously. Concerned judges understand their decisions affect people's lives and act with that in mind. Judges can remove someone's freedom, take their property, and deny them access to their children. We should entrust that power to someone who appreciates the awesomeness of that responsibility.

Watch my Zoom interview with Judge Elizabeth Flood here and let me know if you agree that she has all of the characteristics necessary to be a great judge. In an era of social unrest and uncertainty, we are lucky to have someone with her work ethic, integrity, and intelligence deciding issues affecting our lives. I urge everyone to vote for talent rather than along arbitrary party lines this coming November.